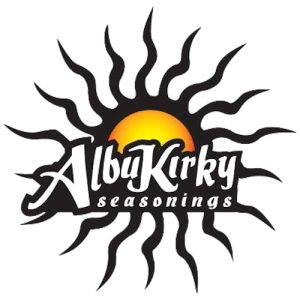 This incarnation of my Chorizo Burger started with a batch of homemade Mexican style chorizo.  I love Mexican style chorizo and around here it’s available in every grocery store but it contains lots of “other stuff” if you know what I mean.  Here’s my recipe for Mexican Chorizo. I found the recipe on the internet a few years back, good thing I printed it because the site is gone now. 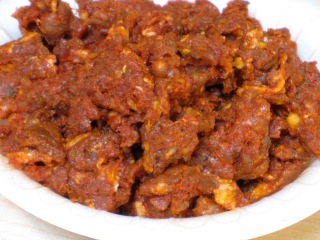 In a large bowl break up the meat and add all of the ingredients.  Knead the mixture with your hands until evenly mixed.  Cover and refrigerate over night, tastes best after 2 days and all the chiles and vinegar have meld together. It will last up to two weeks, but it never lasts more than a week in my house. 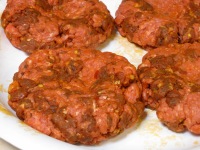 To make the burger patties I mixed about 1/2 a pound of chorizo with a pound of ground sirloin.  I didn’t mix the meat too much because I wanted chunks of chorizo throughout the patty and over working the patty will make it tough.  I like using the ground pork in the burger because it has the same consistency as the beef and I don’t have to over cook the beef to be sure the chorizo is cooked.  I cooked this burger to an internal temp of 140F, just a skosh more than I normally cook my burgers. 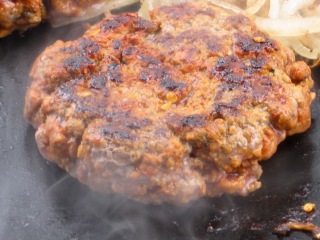 For this burger I wanted a nice crust around the outside of the patty, so I broke out my Disc-It.  The Disc-It is the next best thing to having a flat top griddle.  The surface gets really hot and will put a nice crust on the outside of the burger and lock in all those juices. Chorizo really needs that crust to bring out it’s flavor and it creates a really amazing red chile juice that permeates the entire burger.  It’s a fusion of Mexican and American flavors on a bun!

Sliced up some onions and sauteed them in the middle to catch all the good stuff running off the burgers.  There is still plenty of room to toast up the buns around the outside of the disc.

For the final assembly, sharp cheddar cheese, lime mayo and the sauteed onions from the middle of the disc.

If you don’t want to make your own chorizo you can substitute your favorite pre-made brand, Peyton’s brand is really good, but I’m not sure if it’s widely available.  Also Johnsonville has a nice chorizo that’s really meaty that works well in this recipe.  Just be sure to take the casings off.  I will keep you all posted on the progress of the Chorizo Burger.  If you don’t make the burger at least make the chorizo, I promise you won’t be disappointed. Chow!

3 thoughts on “My Burger Creation”